It's 2am. Do you know where your documents are?

Some translation companies claim to be able to handle anything you throw at them. Their secret could be their willingness to give your documents to unknown translators in unknown (and unknowable to you, and sometimes even to them) venues. Those translators are often not native-level-capable in either English or Japanese. This is a recipe for trouble. And there are additional security concerns. 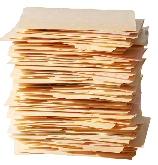 You are faced with a pile of discovery documents produced to you by a Japanese party in litigation, or you have Japanese documents that could be used to invalidate a patent that your client might be accused of infringing. You instruct a paralegal to have the documents translated into English. Your paralegal issues an order for the Japanese-to-English translations to a translation provider that you have been using (yes, that one, most likely).

This scenario happens daily. It is highly unlikely that the final consumer of the translation even vaguely suspects that the work might have been given to a translator unknown even to the translation agency before (and sometimes after, if subcontracting is involved) the job was sent out to the translator and working in a country completely unknowable to their client. Should you need to care about from where that translation broker is purchasing the translations they sell you? Yes, we think, for a number of good reasons.

Although you could say that translations are "just words," your efforts in representing your client are built on "just words." Don't you and your client deserve the best words?

Translation is Not a Commodity

Other than to Seek a Low Price, Why Would You Wish to Trust Your Documents to Nameless Translators in Unknowable Locations?

Few clients for legal services would wish to retain a law firm without having information about the attorney who will provide those services. Similarly, an attorney will very rarely retain an interpreter for depositions without knowing who the interpreter is. It is just common sense. In the case of translation, however, such common sense is often ignored, perhaps because is it assumed that the attorney or support personnel will in no case be able to meet the translator.

Clients are told by translation broker-agencies that all they need to do is send their Japanese documents; they will do the rest. Almost never, however, is there any information available about the translator or about the venue in which the translation is being done. Clearly, this isolation of the actual practitioner (translator) from the client sacrifices some benefits (such as being able to vet potential translators) that can only be achieved by translator-client contact, at least via the translation provider, while also raising potential issues of confidentiality and security in the case in which documents to be translated are sent to places like China, often without informing the client.

Where Do Translation Brokers Find These Mystery Translators in Unknowable Lands and Why?

Relative to the huge amount of work they take on, most large translation brokers have very little in-house translation capability—in most case almost none working in the Japanese-English pair you need—and rely almost exclusively on translators they have never met and may never themselves know. This is why they are best characterized as being broker-agencies or translation resellers, as opposed to true translation companies. Such places don't do translation, cannot do translation, and effectively have no translator employees.

Typically, upon receipt of an order for Japanese-to-English translation, they will scramble to find translators. They often contact translators with whom they have never worked. These days, that reach extends to countries in which translators working between Japanese and English have native-level skills in neither Japanese nor English. You would likely not give a French text to a Russian to translate into Arabic; why do a similar thing with your Japanese texts? The results are predictable, but it might take a while for problems to surface. We see the results quite often when an attorney is examining a witness in a deposition based on documents that have been poorly translated.

A byproduct of the efforts of translation companies to place a firewall between their translators and the client is an increased risk of poor quality. Professional translators who take pride in their work ask questions that are best submitted to the translation consumer. A value-added translation provider should at least act as a conduit for these questions.

Are you receiving questions about the documents you are having translated? If you never receive any questions, it is not necessarily safe to assume that there are no problems hiding in the translations you get back. And you will seldom receive questions when you order Japanese-to-English translations from a translation broker-agency.

Can You Rely on Poorly Done Translations When Examining a Japanese Deponent?

Our long experience with litigation interpreting clearly indicates that, in many cases, the deposition interpreter working for the examining attorney is the first person to discover that a document being relied upon in examining a deponent is poorly translated or even mistranslated. Sometimes a translation into English of a document produced in Japanese is so poorly done that that it literally leaves the interpreter speechless while trying to find a way to interpret the English in it quoted by an attorney back into comprehensible Japanese for the witness.

What Happens When You Need Certified Translations?

The Bitter Realities of the Bulk Translation Industry

The typical Japanese-to-English translation broker-agency has a number of salient characteristics that do not bode well for the quality or trustworthiness of the translations they purchase and resell.

A typical translation broker of the type generally serving law firms in the US:

What is a Translation Consumer to Do?

The best advice that can be given to a user of Japanese-to-English translation services looking for quality and concerned about security is to:

The above will not 100% guarantee you the best translation you could get, but will go a long way to avoiding the problems of dealing with translation broker-agencies more interested in cutting corners than in providing high quality and assuring the security of your documents.